The underbelly of this fungus was so visually intriguing. Anybody know what kind it is? 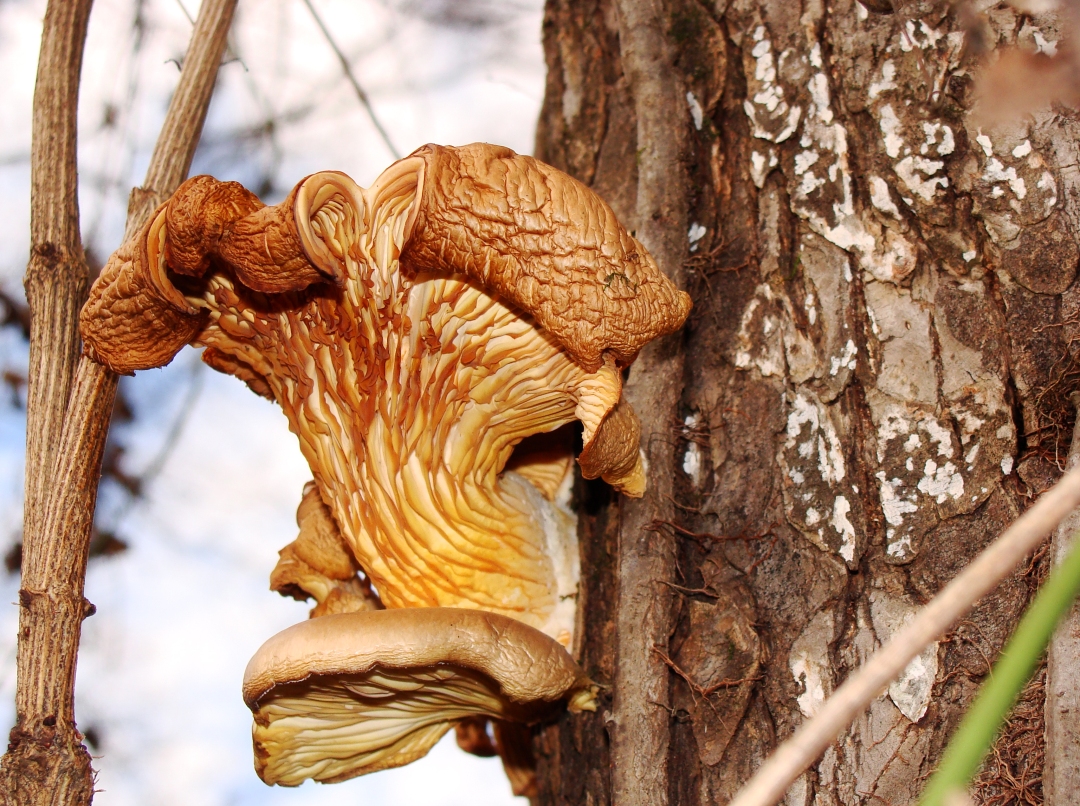 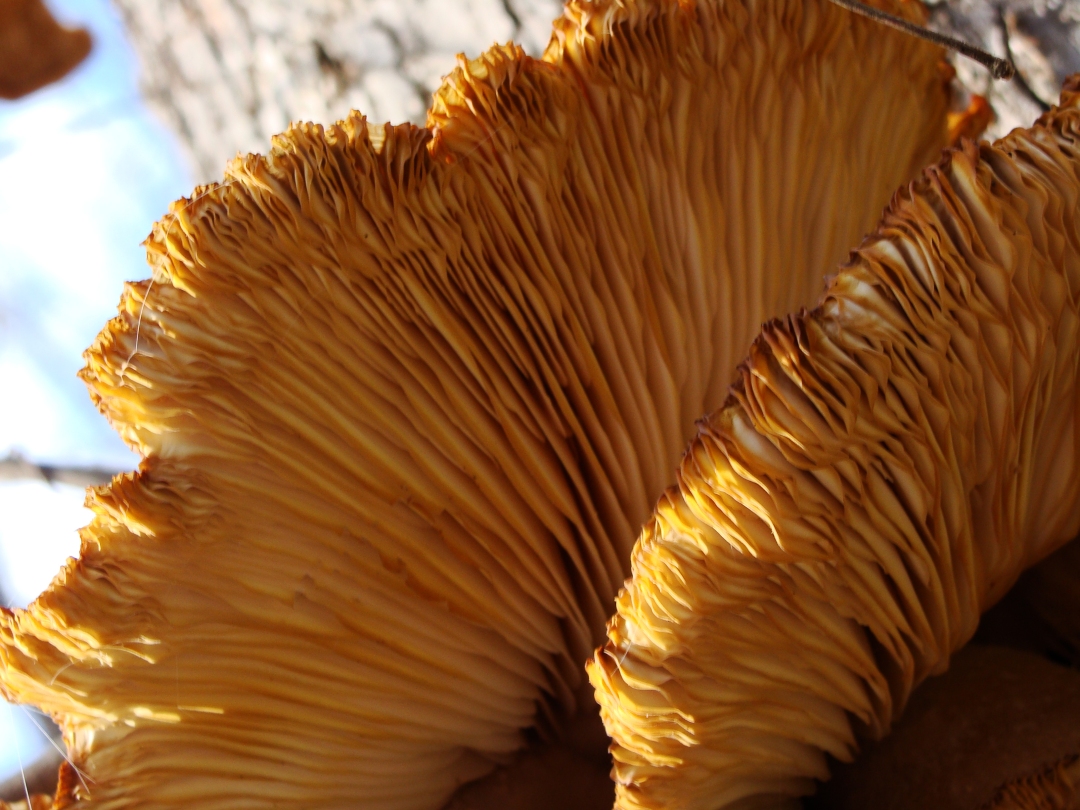 This week’s photo challenge theme is relic. Our relic is a pine tree, giving life to fungi.

And others of today’s relics that we liked:

This fungus probably wasn’t a few days or weeks old at the most. With its hoary beard, deep crevices and its weary bend, one might think it had spent a century in this spot.

An update to this post: Tamara (of Blossom the groundhog fame) notes that there IS a mushroom called Old Man of the Woods,  and despite the analogy, this bearded fellow is definitely not Strobilomyces floccopus.

When I was a kid, the 1958 Steve McQueen movie, “The Blob,” was terrifying. At some point, you get older and realize the horror of the big, gooey monster is just fiction, confined to the big screen. But then, you get even older and realize the blob does exist, and it’s called cedar apple rust. As diseases go, it’s pretty spectacular looking, sort of spider chrysanthemum meets orange Jell-o, all activated by the spring rain.

However its fungal glory is short-lived. A week later, the stars were dried and droopy.

Nature’s composters are hard at work on this snag which tumped over last spring. Among them, several varieties of fungus, which are both beautiful and somewhat creepy.

During spring’s botanical outbursts, summer’s riot of plant and animal life and fall’s loud last hurrah, lichens go unnoticed on branches and rocks. Then winter comes. Nature provided a warm January day, perfect for a stroll with camera in hand.