This week’s photo challenge is all about warmth.

The sun, peeking out from under a cloud deck, gave the illusion of warmth on a morning with wind chills in the 20s. The shake on this hand-held seven-second exposure (shivering?) gave this an almost flame-like effect. 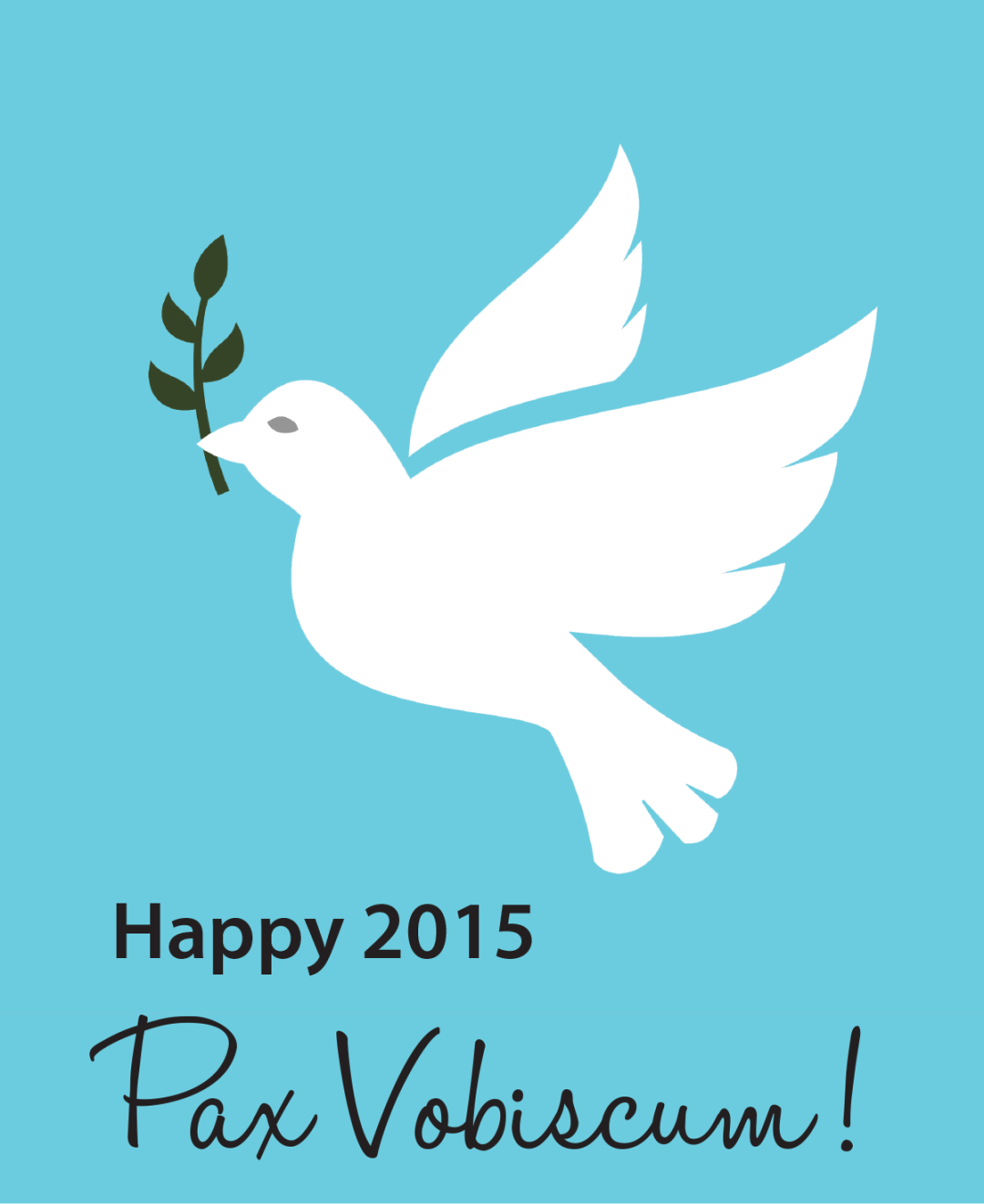 Chainsaw? Woodpecker? Whose bite was worse for this bark? 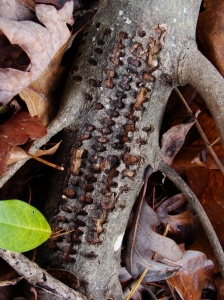 Two of the scores of mushrooms that have taken over our postage stamp backyard following many rains. 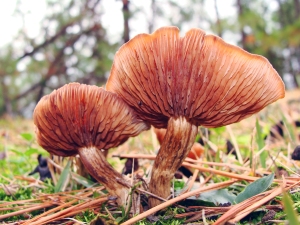 Our church has no crying room, so parents with fidgety, exuberant or otherwise discomfiting youngsters have to be creatively calming in the pews or parents must choose self-exile to the vestibule. One young father, with a teary, backward-facing toddler hoisted to his shoulder,  stumbled on a solution. Standing in the aisle between the end of the pew and the wall, dad turned to face the altar. Suddenly, the baby girl fell silent, her gaze locked onto the eyes that stared back at her from the nearest stained glass window: those of Therese of Lisieux.

Then dad turned around, perhaps to see what his little girl was looking at. The spell was broken. A cry was uttered. The toddler pointed back at St. Therese and dad complied. Again content, the child renewed her silent eye-to-eye with the saint.

The little girl’s communion reminded me of my mother’s encounter with a saint. My mother was born and raised a Buddhist in Thailand. About a decade ago she started exhibiting the symptoms of Alzheimer’s. She knew it, accepted it and with worried mind did all she could to prepare her family for the challenges ahead. It was during that time she told my dad of a dream she had of being on a near-empty strand with a river or the ocean nearby. The only other soul on the beach was a man with white hair. Mom said that while no words were spoken in the dream, the man told her his name was Clement and assured her that everything was going to be fine. That dream, that image brought her a great sense of peace and hope.

She related the dream to my dad and asked who this Clement might be. My dad was thunderstruck. St. Clement of Rome, a first century pope, was put to death by Emperor Trajan — tied to an anchor and drowned. The patron saint of mariners, Clement is often depicted with an anchor and in association with water. [Until then, Clement had never had a presence in a family that wears out the intercessory ears of Saints Anthony, Aquinas and More.] Why Clement? We will never know.

That incident rekindled my interest in how saints are depicted, especially in icons. A search led to a fellow blogger, Reinkat. An iconographer, Reinkat vividly describes the work: the inspiration, the prayers and struggles and most importantly, how the iconic can draw the faithful closer to the heart of God. Used to describe everything from movies, to celebrities and commercial logos, “iconic,” has lost its meaning. The beautiful works by Reinkat and others help return meaning and purpose to that which is spiritually iconic.

Which brings this post back to our church windows. These long, tall, jigsaw puzzles of colored glass and lead run from just above the floor to about seven or eight feet. They  feature nearly life-sized images of saints whose larger-than-life examples inspire us. The beauty of these images is that while abstracted, they are at our level, almost as if they walk among us. They are reminders that the sainted too were real people. Flawed people. Frustrated people. Faithful people. They are people like us, who went beyond the ordinary, who lived and died in their convictions. And through the  hands of artists, they draw us close.

A not so itsy-bitsy-spider was climbing the walls of the house yesterday and later found exploring the front porch. Not yet sure what he is, but have a query in to the Arthropod Museum curator at the University of Arkansas. Toe-to-toe, this fellow was about the size of a quarter. He was also missing a leg, which made his climb harder. During one of his slow climbs, he fell off the wall, but got back up again.

Thanks to the entomologists at the U of Arkansas campus in Fayetteville, we have an ID for our mystery man:

“That is an adult male Myrmekiaphila, the only eastern genus of Euctenizidae, the ‘wafer-lid trapdoor spiders.’ The name ‘Myrmekiaphila’, meaning “ant-loving” refers to fact that early authors found burrows near ant nests … although there is no actual association with these spiders and ants. Males reach adulthood in the fall and early winter, when they leave their burrows and wander in search of females (which remain in their burrows). The strange modification of the first leg (metatarsus) seen in these photos is used to grip the females forelegs and push her backwards awkwardly, which prevents her from eating him during mating.” 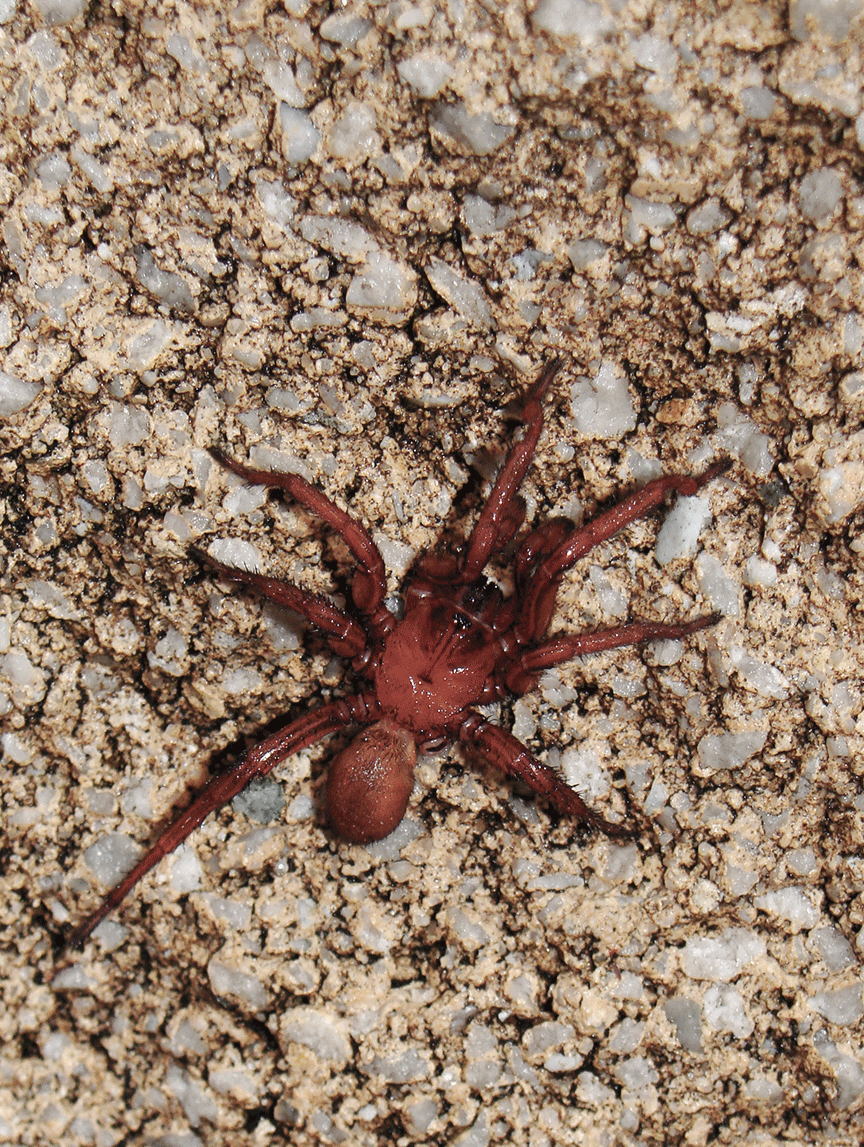 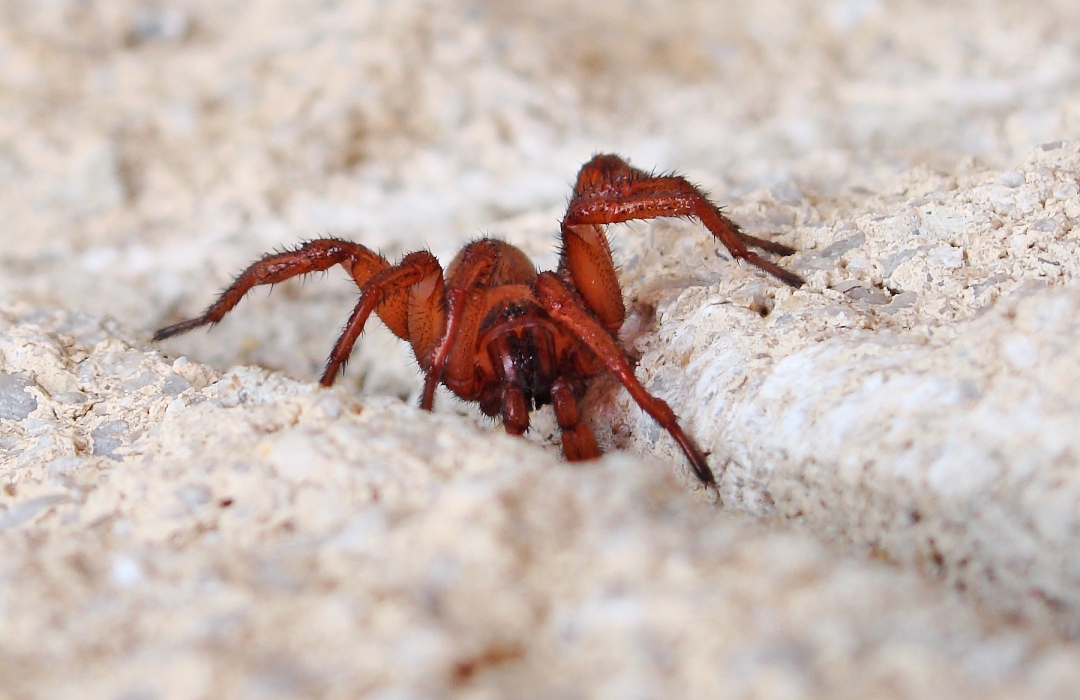 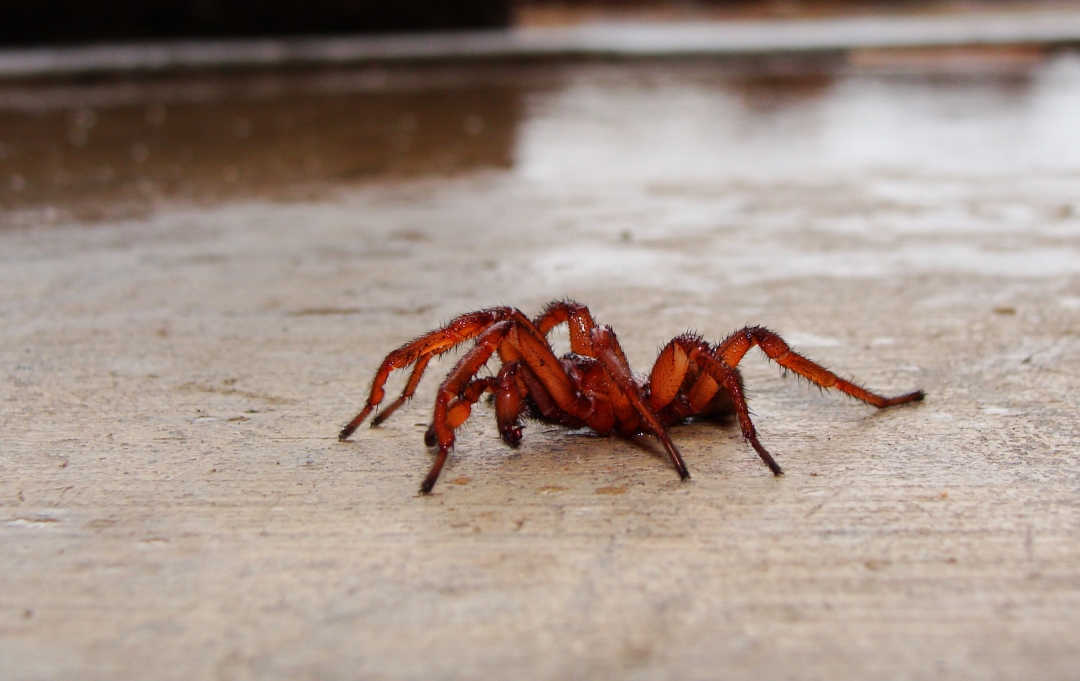 One of several red-tailed hawks that make the green belt along Coleman Creek in Little Rock’s University District their home. This fellow was probably looking for lunch.

Thick mist holds back the morning sun at the Fruit Research Station in Clarksville, Arkansas. Taken Dec. 9, 2014, near one of the station’s peach orchards.