Seeing Merlin the lion at the National Tiger Sanctuary in Missouri was magical. The big cat was rescued from life as a prop in a magic show. For a while, all he knew of life were the hard walls and floors of a concrete basement. Our guide told us that when he was first turned out into his new home, he was afraid of the grass; afraid the ground would collapse under his paws. Today, the handsome cat looks very content with his life and very unafraid of his big bright world.

Threw a couple of stale doughnuts out in the yard early this morning figuring fox, coyote, raccoon or possum would take advantage. Surprisingly, the first on the scene for breakfast al fresco was a small murder of crows. Each snagged a pastry and headed for the trees. (Oh, the big thing is a leftover Halloween pumpkin, which the crows raided for seeds and everyone else is enjoying the rest of the fruit.)

No two ways about it. These little rodents have a lock on cuteness. This array of white, red and gray squirrels was found in the same back yard in Minnesota. Some years, there there have been solid black squirrels alongside the white, romping around the yard’s many trees. The white squirrel is a true albino with red eyes. We hope he can evade the hawks and coyotes.

One tree stump, a carpet of emerald moss, and a handful dewy mushrooms make the perfect setting for some elven antics. The little people are clever though – evading detection all summer long.

Winter is the time when ladybugs congregate around the house. Found a pile of them on the porch — each with a unique pattern of spots and shade of orange.

Winter in the South is as likely to bring ice as it is snow. Ice-weighted trees present any number of dangers, but their beauty in the sunlight is extraordinary.

Sunfish guarding his rocky nest chases a herd of egg-eating red shiners away. 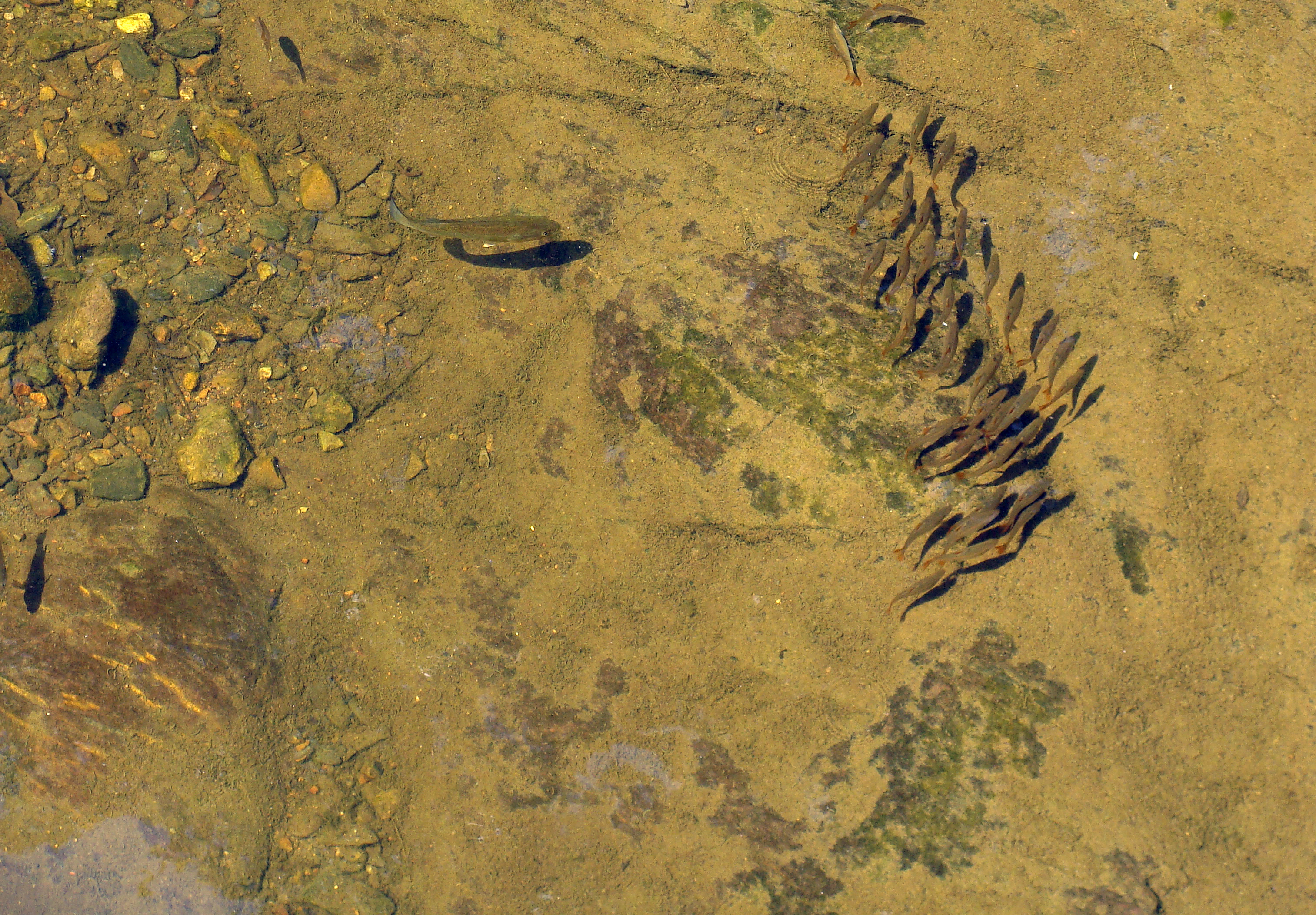 Black swallowtail lifts off after a nectar snack in the wildflower garden. 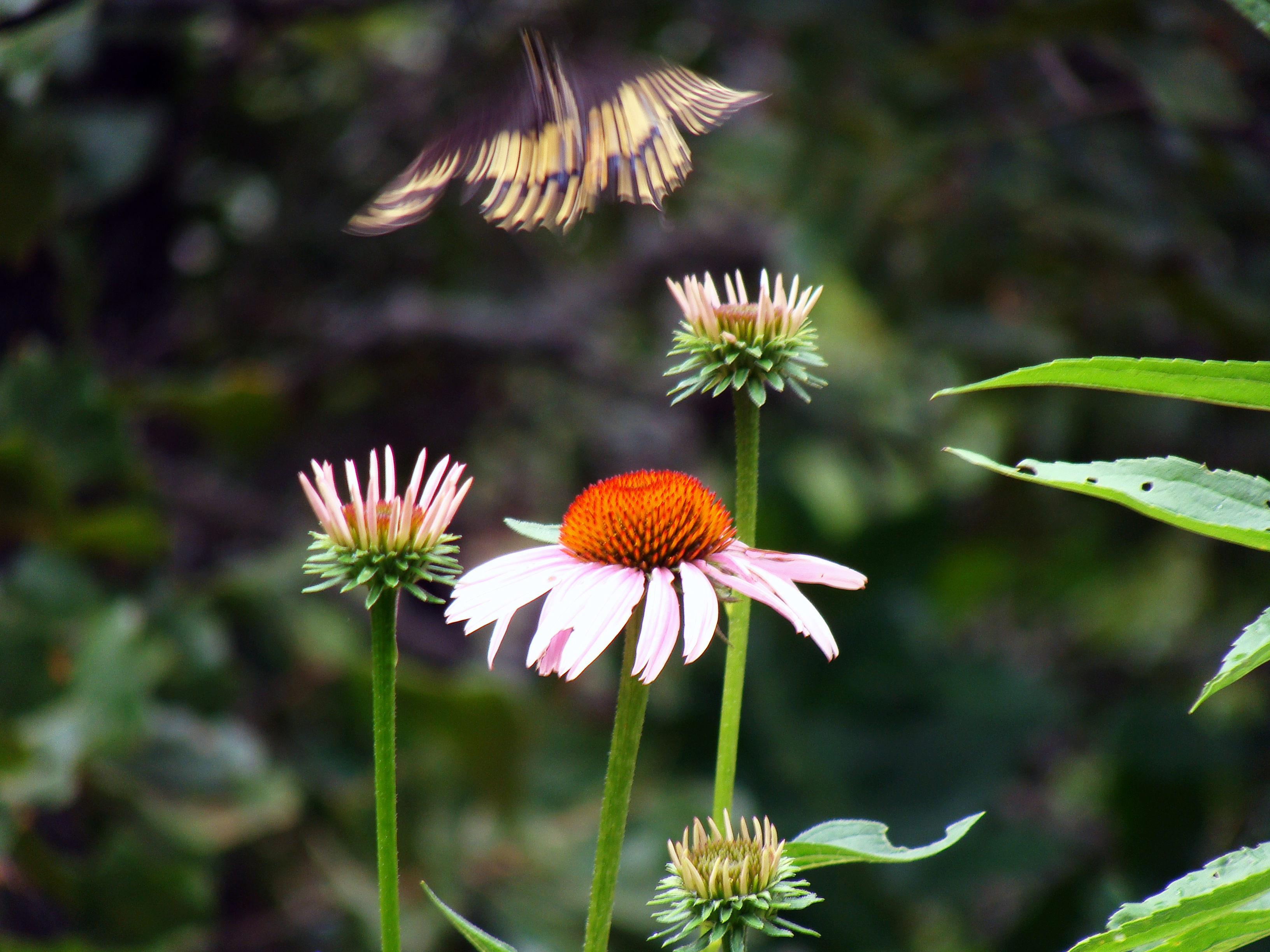 Many moons ago a scared, injured tortoiseshell showed up at the door. Cats have that way of knowing. That yard. That door. Those people. We took her in.

She was one of those beautiful torties whose face was half black, half caramel.  Dad named her Eurydice, after the wife whom Orpheus was able to bring back from the underworld. She was gentle and not meant to be feral: her hunting harvests usually consisted of insect parts and leaves. When we took in a stray kitten, she mothered her.  As with all our cats, she had other names, but came to be called “Momcat.” She remained with us 23 years.

While dad still had his sight, he lovingly painted a memorial stone, which overlays her remains in his back yard beneath a towering bougainvillea. 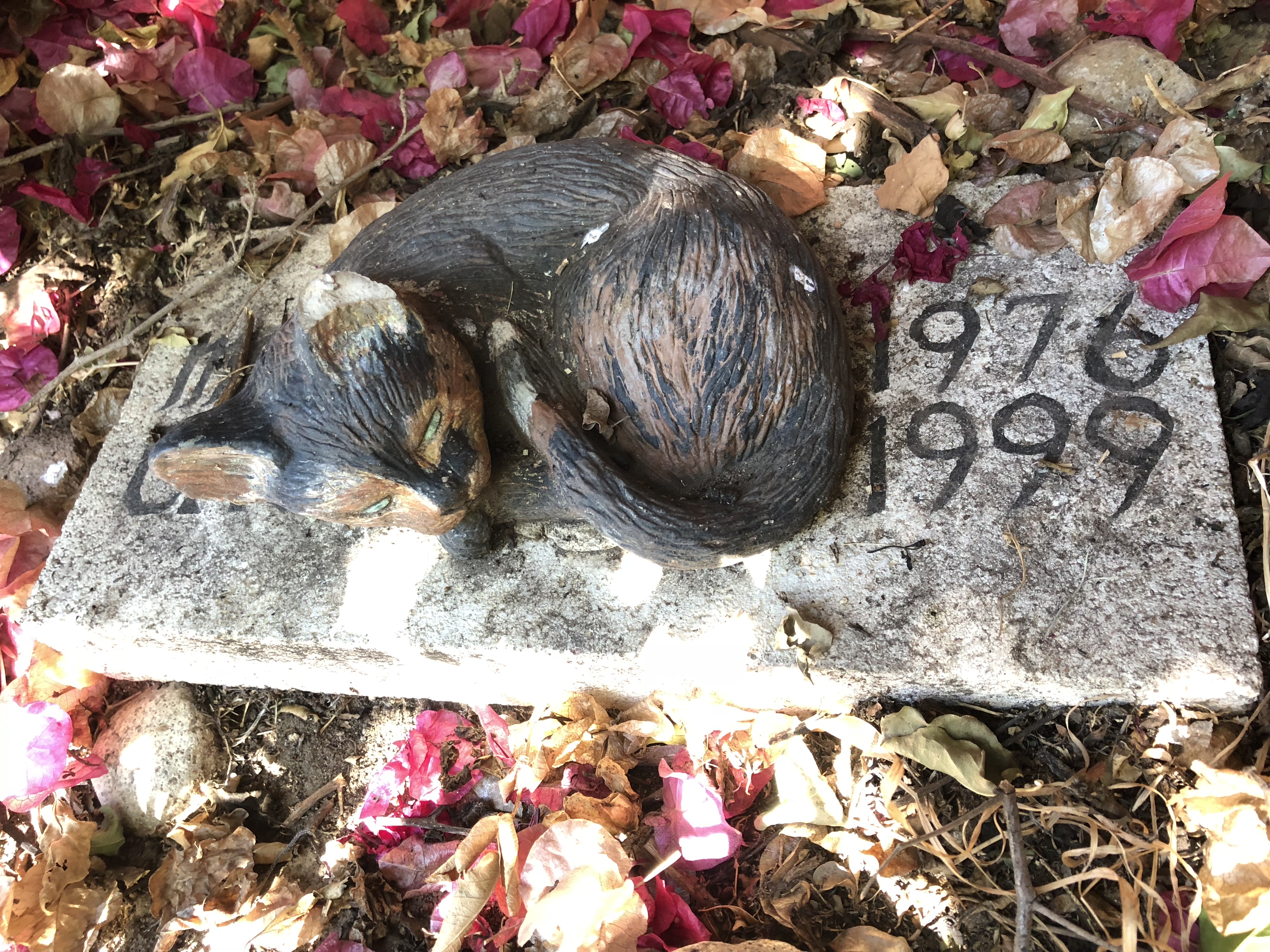 The findings of a November walk along the beach near Seaside, Florida. 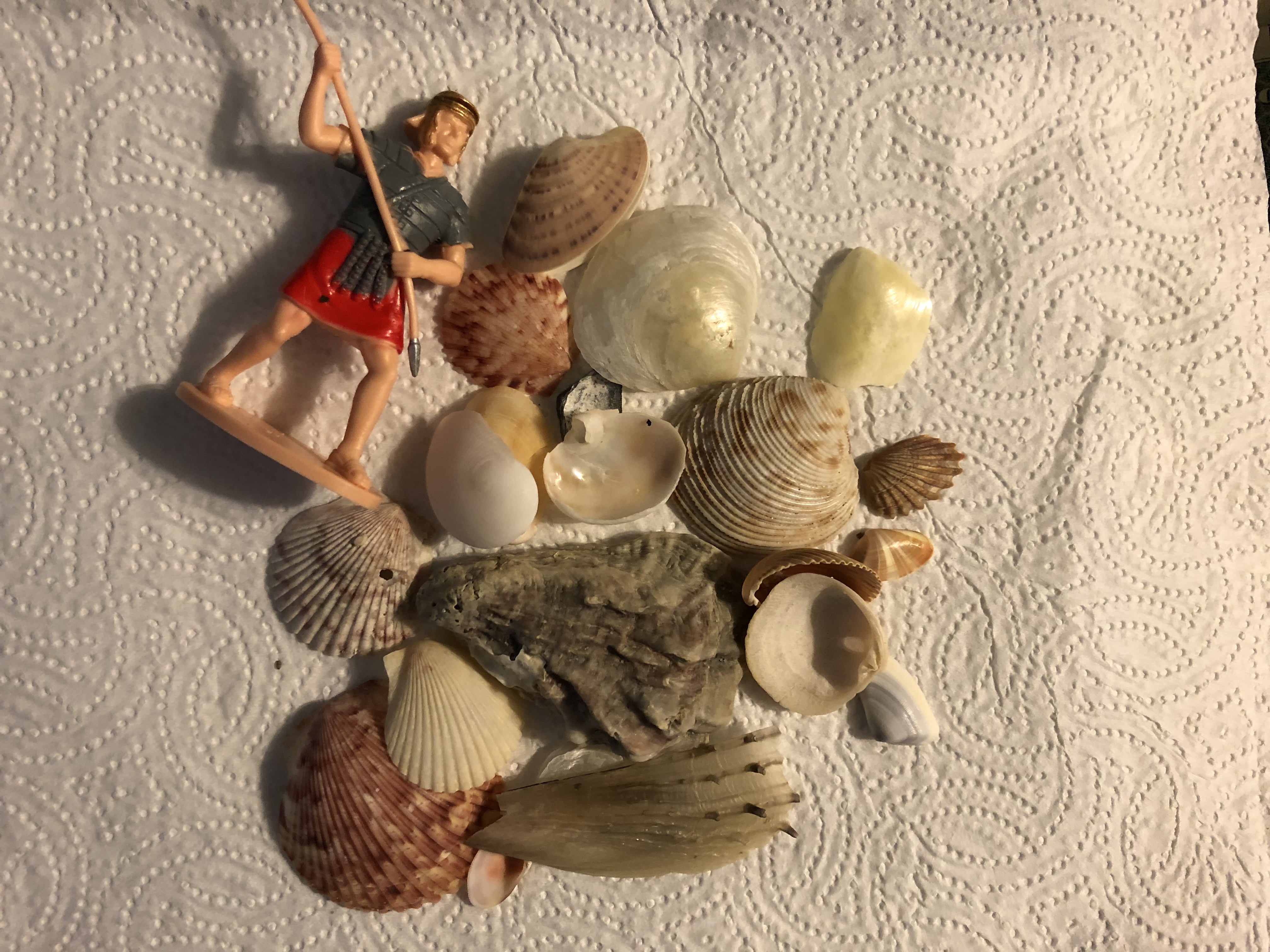